Freedom is on the other side of the choice. A landscape of uncertainty

Choices often come coupled with uncertainty.
Sometimes you sit in the dark, wondering what to do next.
Sometimes you weep at the feet of Providence, begging for a set of ordained instructions, or a map to your destiny.

Sometimes the sign you’re waiting for isn’t coming.
Sometimes the heavens won’t deliver a solution or an answer or a miracle.
Sometimes you just have to make the decision.

Sometimes you just have to have the hard conversation.
Or take the leap of faith.

Choice is difficult by design

Choice is difficult by design.
Because the choice is a crossroads. An intersection of options that can escalate into a crisis of uncertainty.

Whatever the nature of the choice, procrastination is futile. If you avoid the choice, it will hang around, patiently waiting for an opportunity to insert itself into the curriculum of your growth.

When you finally face it, when you’re called to commit to an answer, your confidence might evaporate. You might feel adrift. Your voice may shake and your bones may rattle in response. Your hand may hesitate as you draw a boundary or sign on the line. You might play a few raucous rounds of second-guessing. But all of this hesitation, wavering, alternating and waffling is unnecessary.

Because whatever the choice - these things are (paradoxically) true:

Don't be held hostage by hesitation.

So don’t be held hostage by hesitation. Choose. No matter how robust the resistance seems. Because the nature of progress is to move through resistance. And then liberate yourself by committing to the choice and where it takes you next.

Challenging choices are a call to rise up.

Challenging choices are presented not to bury you, but to elevate you. To strengthen your resolve. To clarify your aim. To refine your fluency in the language of your instincts.

Committing to your choice is a doorway into the future. A choice is a call to dive through the resistance, commit to what’s next and rise up to meet it.

So make that damn choice. You got this. 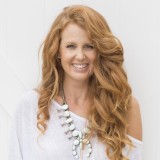 Don't let busy be a badge of honour.

Why busyness is not a badge of honour and how to give it a rest so you can do your best.
Read More Feeling negative or stuck in the mud? Try this simple swap to upgrade your current and future feels.
Read More How To Sit For Meditation

A nice seat lays the foundation for a nice sit. With that in mind, here is a little primer on how to sit for meditation.
Read More

Plus receive a high-vibe blast of weekly inspiration, straight to your inbox.